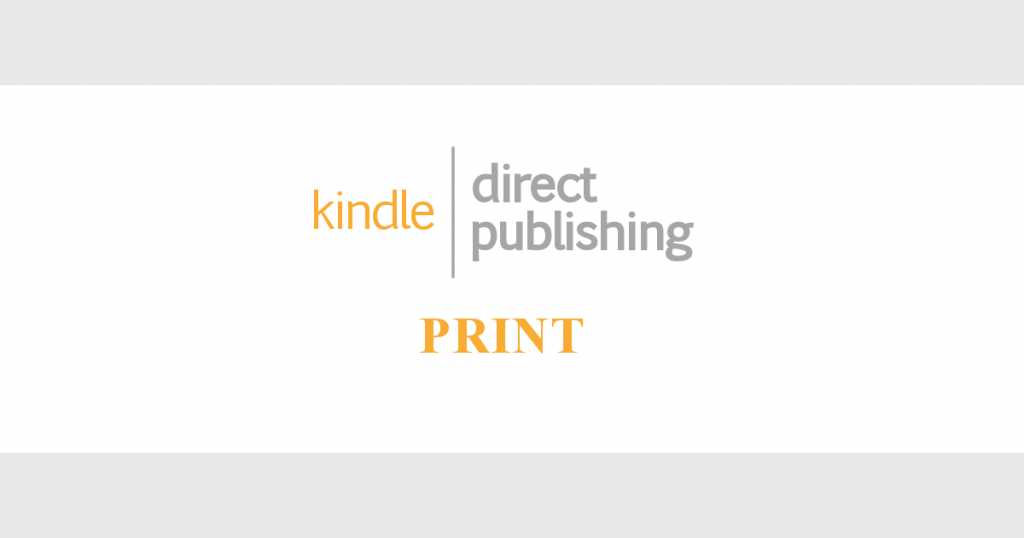 As most authors who used CreateSpace are aware, in fall of 2018 Amazon axed the service in order to increase enrollment in their new KDP Print program. What follows is an account of my transition to the new service and how books printed by KDP compare to those from CreateSpace.

This tale holds a couple of important caveats for anyone with books currently being printed by KDP. You’ll also probably get the feeling that I’m not a huge fan of Amazon– and it’s true, I’m not. I’m not a fan of any massive, industry-dominating corporate entity that makes a few people disgustingly wealthy at the expense of buyers, small businesses, and content creators.

KDP Print has been around for a little while now. The beta version was rolled out in 2016; since then they’ve gone wide and added features to make themselves comparable to the service they were intended to replace.

Mind you, they’re comparable, not better than –or even particularly competitive with– CreateSpace. And that, of course, is why CreateSpace had to die.

By the time CreateSpace’s final days rolled around, distribution and printing costs were roughly the same across both platforms and both had pretty much the same features. KDP only provided one notable improvement: CreateSpace took down your print version each time you uploaded an update, while KDP allows your old version to remain available for purchase until the new one is approved.

That improvement, however, is eclipsed by the difference in when the two pay out royalties.

CreateSpace paid royalties 30 days after the end of the month in which they were earned, and KDP pays royalties 60 days after. As I’ve said before, in our modern age of computerized accounting and digital banking there’s no excuse for a sixty-day delay on payment after the close of the sales period.

If the issue is returns (I recently noticed that the return window on a print book closed exactly 60 days after the order date,) perhaps Amazon should stop allowing buyers a period long enough to read a book and lend it to several friends before deciding that they’re dissatisfied with their purchase.

Realizing that indie authors would be getting a bum deal and wishing to distract the easily distracted, Amazon chose “All your sales metrics in one place!” as KDP Print’s biggest selling point. As someone whose sales metrics are scattered across more than a dozen different publishing platforms, I wasn’t particularly impressed.

Personally I never had any issues with CreateSpace’s interface. True, it wasn’t as slick as KDP’s. But it felt more honest, and it was light years ahead of Ingram Spark, the other print-on-demand service I work with. Book sales showed up on my dashboard within 24 hours of payment, and it was easy to see my daily, monthly, and yearly sales figures, as well as regional sales breakdowns.

When I made the switch, it was as simple as clicking the link on my print dashboard and letting the algorithm do the rest. On the surface, everything seemed to have gone fine– the print copy of my book never went off sale. But when I looked closer, I realized that the book details were missing a category and several keywords. On the rights and pricing page, my world-wide rights had inexplicably been changed to a smattering of territories.

These are among the issues reported in an article by Melinda Clayton of Indies Unlimited– worth a read if you still haven’t double-checked how the switch affected your book. Fortunately they’re all easy fixes.

I ordered a box of author copies to test the new service. Despite Amazon’s promise that KDP’s books would be printed “on the same presses, by the same people,” the first book I pulled out of the box looked wrong. I placed it side-by-side with an old copy from my first print run on CreateSpace; the KDP Print copy was a whole quarter inch shorter than the CreateSpace copy. Both were printed to the same specifications.

In the end, 3 out of 5 copies were significantly smaller than specification– enough to look like knockoffs or the victims of some severely bad formatting. The issue was apparent not only on the cover, but in the interiors as well.

When I contacted KDP support, they were surprisingly helpful. Having had several interactions with them over missing reviews and non-functional AMS dashboards, I’m used to receiving grammatically incorrect canned responses that could be best summarized as “I’m sorry to hear that, but we’re not empowered to do anything.” They requested photos showing the defects, and individual serial numbers to pinpoint exactly where and when each book was printed.

The day after I submitted my evidence, Amazon refunded the charges for all of the defective books I reported. This is the message I received:

“As promised previously, I have worked with our technical team and they confirm that there is no issues with your file and due to some manufacturing defect your book has been cutted [sic] smaller. I apologize for the inconvenience caused to you. As a result of this issue, and in order to prevent this from happening in the future, new updates are being made to the system.”

As appalling as it is to receive a box of books that are three-fifths defective, I hope that complaints like mine will prevent this from being a common occurrence. If you haven’t ordered any author copies and checked them over carefully since you made the switch, I highly recommend you do so. The more of us catch these defects and complain, the more likely it is that Amazon will make sure this stops happening.