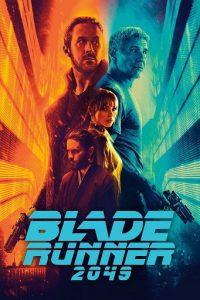 A few weekends ago I finally got around to watching Blade Runner 2049, the long-awaited addition to the cyberpunk phenomenon that started with Philip K. Dick’s Do Androids Dream of Electric Sheep? And I have to say, I’m impressed. 2049 far exceeded its predecessors.

In this review I’ll discuss what I liked and didn’t like about the movie. I’m also going to talk about some disagreements I have with the underlying premises of the original book and film. There will be mild spoilers. If you haven’t watched 2049 yet, I highly recommend you do so! This review will be waiting for you when you get back.

The opening of Blade Runner 2049 sets the groundwork for how the story evolved from the events of Electric Sheep and the original film.

Replicants are bioengineered humans, designed by Tyrell Corporation for use off-world. Their enhanced strength made them ideal slave labor. After a series of violent rebellions, their manufacture became prohibited and Tyrell Corp went bankrupt.

The collapse of ecosystems in the mid-2020s led to the rise of industrialist Niander Wallace, whose mastery of synthetic farming averted famine. Wallace acquired the remains of Tyrell Corp and created a new line of replicants who obey.

Many older model replicants– Nexus 8s with open-ended lifespans– survived. They are hunted down and retired. Those that hunt them still go by the name ‘Blade Runner.’

At this point I became hopeful that the movie would patch up some of the flawed logic that plagued Electric Sheep and the original Blade Runner.

One of my quibbles with the plot of the original book and film was the idea that a company would invest the not insignificant resources to grow and train a human being, only to designed that being to expire after an extremely short life span. The concept struck me as supremely illogical. Alternately, we were told that replicant lifespans could only be extended so far– but we were never given any plausible reason why. I was thrilled to see 2049‘s writers move past that.

In the new narrative, a police enforcer hunting escaped prior-gen replicants stumbles across a proper mystery: a replicant that appears to have been lovingly buried, her grave marked with a cryptic date and freshly picked flowers. These are not machines, and they are not necessarily monsters. They mourn their dead, and remember them long after they are gone.

The autopsy hints at the existence of a child; an occurrence that is, apparently, supposed to be impossible. Which leads me to another quibble I have with the core premises of the this franchise: the inability of replicants to reproduce.

I can absolutely see why manufacturers would render their replicants sterile, either via genetic tinkering or alteration after birth. Your factory-produced replicants are a lot less valuable if owners can breed their own, and there’s the risk of them going feral and setting up their own self-sustaining colonies.

But then it’s revealed that Niander Wallace is searching for the key to making replicants able to reproduce, and that reasoning falls by the wayside. My beef with the narrative is this: why wouldn’t they be able to?

It’s apparent to me that replicants are essentially vat grown humans. They may not have a mother and father, but they are, for all intents and purposes, as human as you and I. They’ve just had their genetics tinkered with to make them stronger, faster, and in some cases smarter than the average person. Now, that tinkering could have had the side effect of rendering the resulting humans sterile– but the narrative never explains this, and we’re left with a premise that makes no sense as stated. I was disappointed that 2049′s writers let that stand.

It appears that the issue of being unable to reproduce has mostly replaced the ‘replicants lack souls’ argument as the reason for denying them human rights. (For those new to the franchise, Electric Sheep and the original Blade Runner posited that, because they were not born, replicants had no souls. Thus they were not human, and could be treated as disposable livestock.)

It was a paper thin and frankly illogical distinction– what is a ‘soul’, anyway? How do you prove whether someone has one? And the issue of reproduction is similarly irrelevant. In our modern society, we consider people who are born sterile to be just as human as anyone else. This isn’t 1960. We no longer wonder whether beings that result from scientifically-assisted reproduction– be it fertility treatments or cloning– are ‘real’ beings.

Something that has haunted me ever since I read the book is the fact that it isn’t apparent to everyone in the Electric Sheep/Blade Runner world that replicants are people. In their capacity to love each other, to grieve their companions’ deaths, to fight for their own humanity and freedom, these are clearly human beings.

Even if it was the government’s– and, of course, Tyrell Corporation’s– official stance that replicants weren’t human, there would be a vocal subsection of the population that disagreed. This faction was surprisingly absent from Electric Sheep and the original film; I was glad to see it included, if briefly, in 2049. Poorly-rounded dystopias, where everyone believes X, are one of my pet peeves. Short of total brainwashing (which is harder to pull off than you’d think), every society will contain dissenters and rebels. It’s human nature.

One of the reasons I recommend Blade Runner 2049 is because it accomplishes something highly unusual in a movie: it’s a full story. Not the threads of one, with all the connective stuff that made it make sense cut away to make room for sexy bits and explosions. And not the kind of story some script writer jammed out in one night of cocaine-fueled euphoria.

It also manages to have some decent action sequences, a feeling of adrenaline and tension, and portrays something of a modern noir-movie aesthetic. While I wasn’t overly awed by the cinematography, I will say that some of the shots managed to be fairly epic. The lighting is also greatly improved over the original film.

Ryan Gosling gives a perfectly serviceable performance as protagonist K, an obedient replicant who hunts down and “retires” other replicants for the LAPD. With a few exceptions, I had a hard time telling when K was happy, sad, or angry. I haven’t watched enough of Gosling’s movies to know if that’s his standard delivery or if it was his interpretation of an emotionally numb manufactured human– but either way, I felt this portrayal was perfect for K’s character.

The story unfolds in a way that kept me guessing what was coming next– and it rarely went where I expected it to. 2049 is a mystery wrapped within a mystery within a mystery, but the twists and turns of the puzzle make sense. It’s believable, and so are K’s reactions to it. The ending was surprisingly heartwarming for a movie of this genre, but it’s still a neo-noir film– so don’t get too attached to your favorite characters.

While I enjoyed this movie, there are definitely things that could have been better. While the sets and CG backgrounds are epic and stunning, they’re also often stunningly empty and soulless. Nothing real is that clean or that perfect.

Perhaps the best example of this is the dead tree that rises over the replicant’s grave. The freshness of the soil around it and the tidiness of its skeletal limbs clearly denote that this tree couldn’t have been here for the entire 30-odd years since she was buried under its roots.

Then there’s the odd affinity the narrative has for killing off female characters. As one watcher noted, “the holographic femme fatale is deleted and the remaining women are stabbed, drowned and gutted like a fish.” While I don’t wholly agree with this assessment– the argument can be made that Joi was more of an Alexa-like companion than a real person, and Luv is a fairly strong character in her own right, as is Lt Joshi– it’s still a valid point.

Some of these deaths, such as the newly formed female replicant that Wallace carelessly slices open, were absolutely and completely unnecessary. Some could have been framed differently. I would have loved to see Luv turn on Wallace– as we see with K, these new “replicants who obey” don’t always do so. Out of all the characters in 2049, Wallace is perhaps the most deserving of a hideously brutal demise.

In a film that aims to point out our inhumanity toward other humans, it’s disappointing to see this particular type of violence used, repeatedly, to get a rise out of the audience. And it’s a choice that cheapens the rest of the film.

Story: A+
Acting: B
Cinematography: Some scenes are better than others… C to B+
Points deducted for lingering plot holes from the original book and film: 2
Points deducted for weird portrayals of female characters, and gratuitously killing them off: 5
Final score: B- / 4 stars

Wondering what I had to say about the original book and film? Check out my reviews of Do Androids Dream of Electric Sheep? and Blade Runner. And if you’d like to see me do more in-depth book and movie reviews, you can support me on Patreon at the link below!