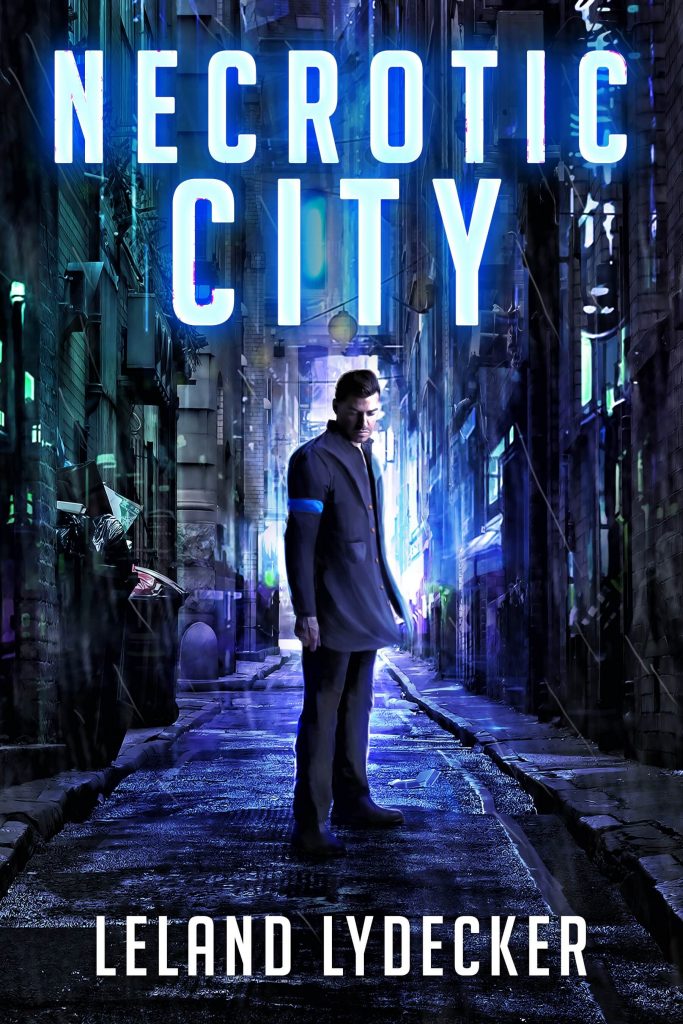 Created to serve and protect, Adrian has seen things no one should see. Now he’s about to learn just how far the Company will go to keep its secrets.

What would you do if you realized that the laws you enforce do little more than contribute to the suffering of the people you were created to protect?

In a dying city wracked by corruption and civil unrest, Adrian is about to make a discovery that will test his allegiance and alter his life forever. It’s said that every broken world needs a hero. Will this hero wind up as broken as the dying city he’s sworn to protect?

From the Back cover:

What happens when a Hero crosses the thin blue line in Necrotic City and has to fight for survival in a chaotic, decaying world?

Adrian is a vat-grown human known as a Hero. Enhanced through genetic engineering and implanted nanotechnology, Heroes serve as the superhumanly resilient, altruistic peacekeepers of the Company’s tightly controlled city. Internal matters like corruption and criminal negligence are strictly outside of a Hero’s jurisdiction; but when Adrian begins to uncover the ugly secrets of the government that created him, his sense of justice forces him to act.

Cut loose in a city wracked by civil unrest, hunted by Enforcers and flesh hackers alike, Adrian quickly learns that there is no safe place for a Company man.